One of the UK’s best poker sites, bwin has partnered up with the Belgium football player, Eden Hazard to organise a charity poker tournament. The poker operator has already started hosting weekly freeroll tournaments at the beginning of July. Poker fans have until September 9th to enter one of the freerolls and earn a chance to play against Hazard. The prize pool is £10,000. 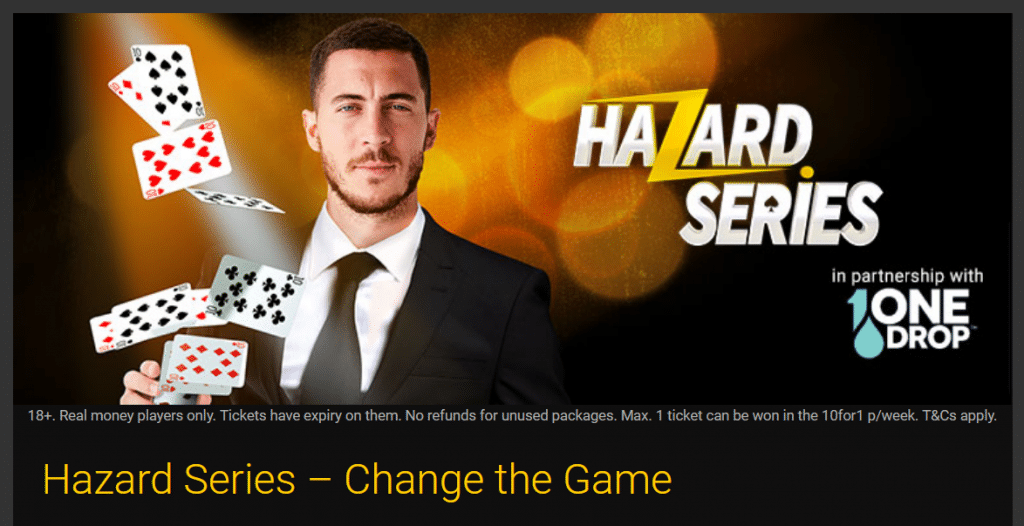 Bwin organised the Hazard Series to raise money for One Drop, as well as to take its users to an unforgettable poker adventure. The promotion will run for nine weeks, and each week one player will earn a £5,300 seat at Hazard’s table at the MILLIONS UK Live tournament.

For every participant that joins the Play with Eden event, bwin will donate €1. The poker operator also plans on raising a minimum of €50,000. This number could increase, as it depends on the number of players participating in the campaign. Bwin predicts that their partnership with Hazard could raise up to €200,000 for the One Drop charity.

The man responsible for helping Belgium reach the World Cup semi-finals, Hazard shared his thoughts about the Hazard Series. “I’m excited to be launching the Hazard Series with bwin. I really enjoy Poker and the unique psychological challenge it offers me,” said Eden.

The footballer also welcomed bwin’s initiative to raise funds for providing access to safe water. Hazard said, “More importantly, it’s great that through the Hazard Series bwin will be supporting such a vital charity as One Drop. Let’s play together and change the game.”

Chief marketing officer at bwin, Adam Lewis said that the company launched the Hazard Series to renew bwin’s poker offering. Lewis added, “It is a great pleasure that, at the same time, we can help support One Drop and the incredible work they do to improve the lives of some of the poorest people in our global community.”

The promotion ends in a little over a month. We should then know the names of nine lucky players who’ll join Eden at the MILLIONS UK in Nottingham.