For the longest time, Stephen Chidwick, the role model for every British player on UK poker sites, was one of the best poker players in the world. But since making it to the final table of the 2018 Super High Roller Bowl, he stands at the summit of the poker world. 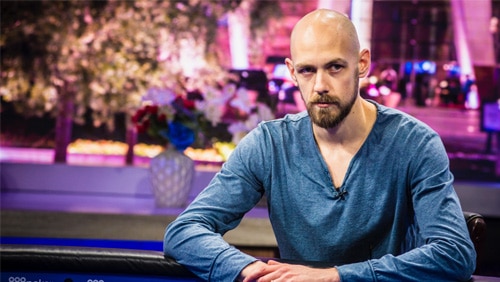 With 3.746 points, he’s the first British player ever to claim the top spot on the Global Poker Index. Chidwick managed to reach the top of the list while fighting his way through the 2018 Super High Roller Bowl.

Chidwick reached the final table with a sizable stack of chips. He was second only to the leader, Justin Bonomo, with 1.983.000. The final round took place on the third day of the event, with the final table housing seven of the 48 players who have entered the tournament.

But, Stephen Chidwick is having more than just a good tournament – he’s having a good year. The British poker player had already earned almost $6 million before the start of this event. Furthermore, he just came from a victory at a slightly smaller event at ARIA. Plus, Stephen finished second at the partypoker Live Millions Grand Final in Barcelona.

However, the Brit did not manage to make much of an impact at the final table. Unfortunately, Chidwick was knocked out right after Seth Davies, who was the first one to leave the table. Stephen walked away with $600.000 and 150 POY points, which landed him at the top of the GPI list.

However, even though he struck out early, the Brit played excellent poker all throughout the tournament. He even said that he had achieved his long-time goal, and expressed deep thanks to his family, friends and sponsors, and all those who supported him.