One would think that online poker websites have top-notch security measures to keep all cheaters at bay, and for the most part, they do. They have no problem dealing with cheat software, profile theft, data leaks, and so on. However, when players team up to turn the game into their favour, things get a little bit tricky to detect.

Recently, “DukeOfSuffolk”, a high stakes player at the Party Poker website, noticed strange activities amongst some of his adversaries. He was suspicious that he was going up against a collusion ring, so he immediately began a little investigation. 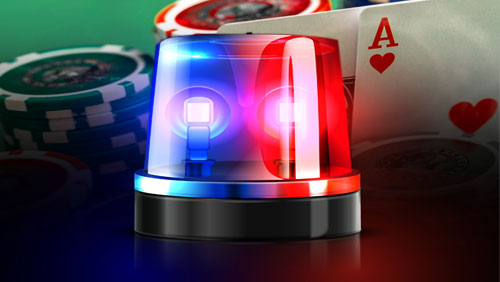 What is a collision ring?

The tactic when a couple of players team up to strategically eliminate other players until only they are left is called a collusion ring. These players are not using any forbidden software. They are just talking to each other and eliminating other players until the collusion ring players are the only ones left at the table. After that, the game usually ends within minutes, and they split the prize pool.

Now, let’s get back to the “DukeOfSuffolk” and his experience while playing on Party Poker. The first instance of collusion play was on the 18th of October, during the Wednesday Turbo Highroller finals. Our guy was playing against players with these screen names “Sorcian”, “domingo661”, “SciorXxx”, “dimitriax”, “GASSGUSS” and “PowerCarl”.

During the tournament, he noticed some strange plays from these players. However, the final nail in the coffin was the fact that after he was out, the tournament ended within three minutes. This is highly unlikely, especially when six more players were still playing at the time when he dropped out.

Naturally, he began snooping around their profiles. He found that most of these players joined Party Poker the same year and month. Furthermore, all of them were playing exclusively in the same tournaments. If this doesn’t sound suspicious, then we don’t know what does.

After he notified the Party Poker staff about his suspicions, “DukeOfSuffolk” continued playing as he always does. But, lo and behold, the notorious six were back. On October 20th, all six were playing in an early high roller tournament. Now, this can be a huge coincidence. However, Duke went into their history pages and found that four of these players were inactive for two days. It’s highly unlikely that four suspects are randomly playing in the same tournament after a two-day break.

After this “DukeOfSuffolk” went to investigate some more and found a dozen more accounts that were possibly a part of this collusion ring. They all had a couple of things in common. For example, all account joined Party Poker around May 2017, they only played Clubber II tournaments, and they usually ended up in top positions.

So, what did Party Poker do about this situation?

Well, after “DukeOfSuffolk” submitted all of his findings, they went on to further investigate these players. After a short while, Party Poker officials confirmed the initial suspicion. Since then, Party Poker banned all accounts that were a part of this huge collusion ring from their website.

How Party Poker didn’t manage to spot this collusion ring themselves, you ask? Well, Party Poker Managing Director Tom Waters said that their anti-collusion security works. However, for this software to work collusion ring players have to play a massive amount of hands. They are continually improving and upgrading their security BOTs, but sometimes players are faster to identify collusion rings as we saw in this case.

Finally, Party Poker officials also stated that they would slowly start distributing all of the seized money from these collusion ring accounts to players that were playing in the same tournaments as them. Well done Party Poker for not taking the money, and actually reimbursing your players that were affected by this foul play.

As always, if you want to share your thoughts on this topic, you can leave a comment in the section below. Additionally, for more poker news, reviews, and other poker-related articles, make sure you come by our website. We post stuff on a daily basis.