We are only two weeks into 2018, and we already have sad news coming from the professional poker scene. Well, not sad in a tragic way, but news that many poker enthusiasts won’t take lightly. A little bit less than ten days ago, the ambassador of one of the best poker sites, PokerStars, and a professional poker player Vanessa Selbst announced her retirement. She cited the transition to a hedge fund career as her main reason for this move. 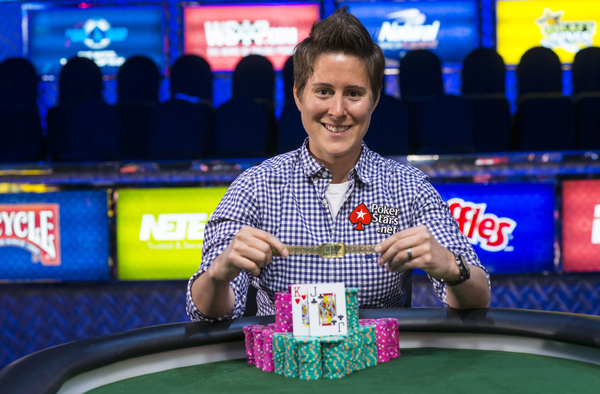 However, people that are deep into the professional poker scene know that this didn’t come out of the blue. The truth is that Vanessa hasn’t been performing at her top level in the past couple of years. The downfall in her game was especially noticeable in 2016 and 2017 when she cashed out just $120,000 in tournament money. That is $60,000 a year. To give you a perspective, Vanessa has earned almost $12 million in live tournament prizes since 2006.

What’s next for Vanessa?

Well, as we previously mentioned, Selbst is pursuing a career working with a hedge fund. It seems that she is done with the high pace of living as a poker pro, and wants to slow down and enjoy herself a bit more. She had this to say about her retirement.

“The shift in the nature of poker and what it requires has put me at a crossroads and asked the question whether I would rather change my relationship to the game or move on. To me, the opportunity to work hard and learn something totally new and get to keep poker in my arsenal of fun go-to hobbies feels like the right approach.”

Many veteran players share this opinion about professional poker becoming a lot more demanding. The game has evolved, and now requires a lot more time and work to stay at a competitive level. However, there is no doubt that the poker scene won’t be the same without here aggressive plays and table antics. As for us, we wish Vanessa the best of luck with her new career. And we hope that maybe someday we will see her return to the live poker scene.