We have a winner of the 2018 Unibet UK Poker Tour Brighton event – Paul Romain. For surfacing as the best at this year’s Unibet Poker Tour, Paul received a €2,000 Unibet Open package and a generous cash prize of £13,000. 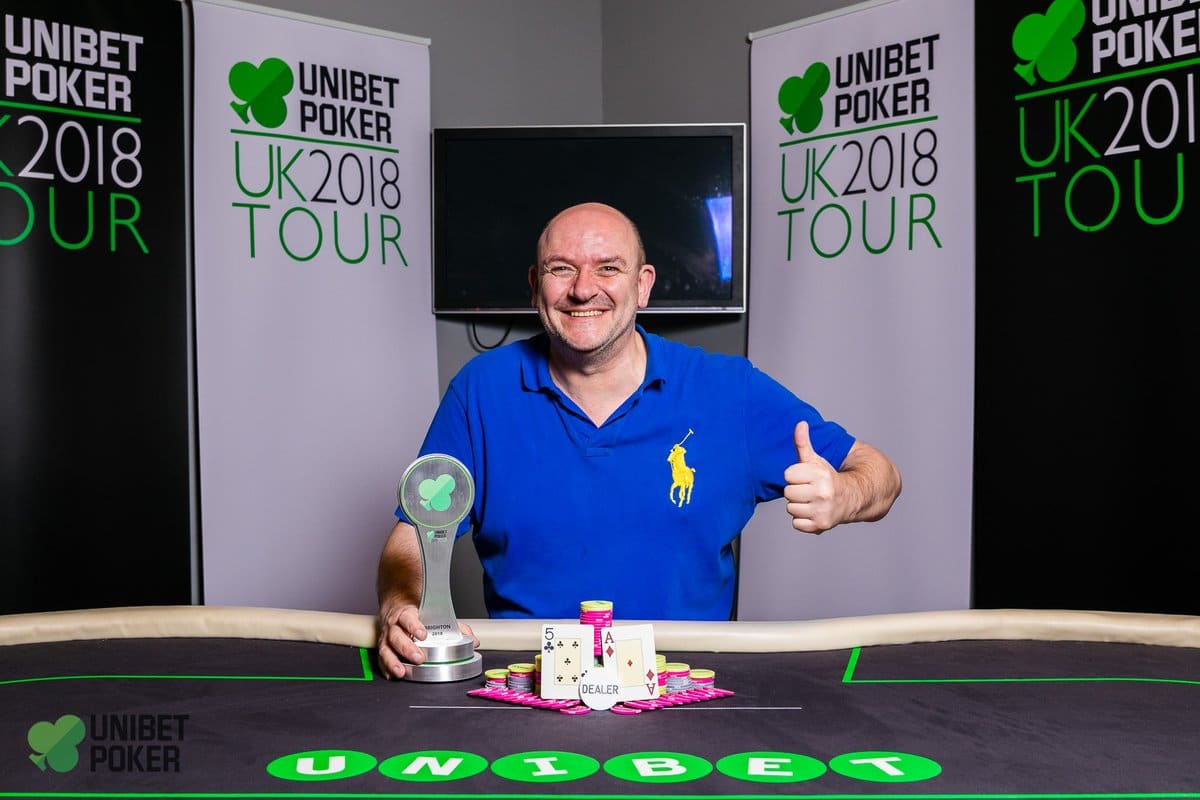 The Brighton champion competed with 288 other players during a three-day tournament that started on March 23rd and ended on March 25th. Unibet, one of the best poker sites in the UK, was the host of another exciting poker tournament. The buy-in for the tourney was £220.

The great thing about the tournament date is that it didn’t match the date of the game between Crystal Palace and Brighton. What does football have to do with poker, you might ask. Well, for Paul everything, as he is perhaps one of the biggest fans of Crystal Palace. During the tournament, Paul was regularly posting on Facebook about his progress while being on the “enemy’s territory.”

Romain started day two with 12 big blinds, but eventually managed to increase his stack to close to 50 big blinds. Thanks to his excellent play, Romain got to the final table with eight other players. The last two men standing were Paul Romain and Stewart Kirby. Romain flattened the pay structure and won all the chips to walk away with £13,000.

Apart from the cash prize, Paul also got a €2,000 Unibet Open Malta package. The package includes a €1,100 buy-in for the Unibet Open Malta Main Event. Plus, an accommodation for four nights at the five-star Intercontinental hotel. The Malta tourney will start on May 16th and end on May 20th.

When it comes to the next Unibet UK poker tour, it will take place in Glasgow during the last weekend in June. Unibet will then return to Brighton between September 28th and 30th. The final destination for the Unibet UK Poker Tour is Manchester.

We look forward to the Glasgow tourney and seeing the event winner.