Adam Lulat is the Winner of the GUKPT Manchester Main Event

Adam Lulat is the winner of the 2018 Grosvenor UK Poker Tour Manchester main event. Not only did the poker star win the GUKPT trophy, but he also went home with a cash prize of £68,930. 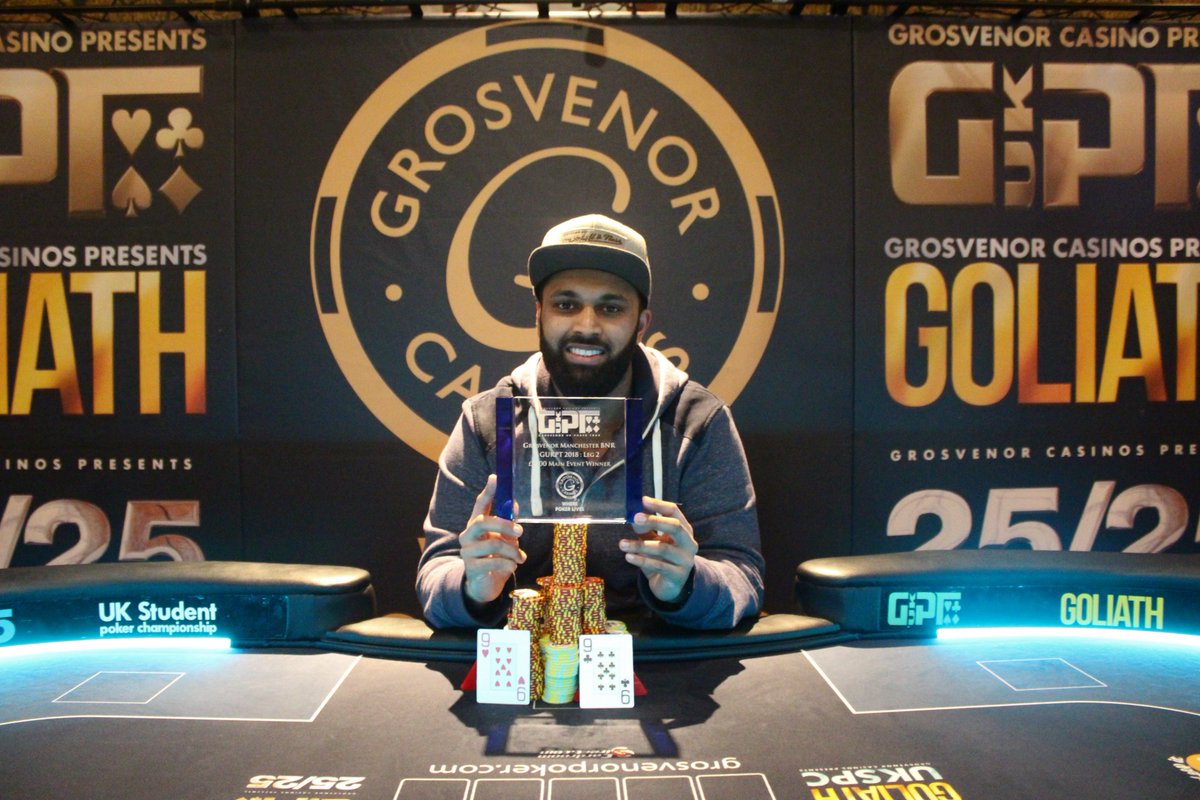 The second leg of the Grosvenor UK poker tour saw perhaps the worst weather conditions the UK experienced in years. Strong winds, freezing temperatures, and blizzards did not stop famous poker players from showing up at the GUKPT main event.

This year poker players competed in the 12th season of the GUKPT. The guaranteed prize pool for the tour’s main event was £200,000. However, the total prize pool reached £240,000.

There were a total of 241 players competing for the GUKPT trophy. However, only one lucky player got the chance to be crowned the champion of the Manchester main event. This year, the trophy went to Adam Lulat, while Gary Whitehead finished second and won a money prize of £45,060.

Commenting on his victory, Adam Lulat admitted he lost focus during the main event. He had to change his strategy, and the player’s decision resulted in him taking the first place at the GUKPT Manchester main event. Thanks to this victory, Lulat now ranks 879th on England All Time Money List.

Alex Montgomery won the third place and walked away with a money prize of £18,310. Jorge Rosa and Nigel Burge-Jones took the fourth and fifth place respectively. Finally, the Grosvenor sponsored poker player and ambassador, Katie Swift finished sixth and went home with £6,020.

The second leg of the GUKPT was indeed exciting. After winning the Manchester leg, Lulat’s Player of the Year rank puts him on the 1,169th position with 284.76 points. Meanwhile, Whitehead is currently ranked 910th with 316.51 points.

The next Grosvenor UK poker tour leg will take place in Edinburgh in the last week of April, i.e., between 22 and 29 April 2018. The buy-in for the event will be £500 + 60, and the guaranteed prize pool is £100,000. Make sure to follow UK poker sites news to stay up-to-date with the latest GUKPT action.