GVC Holdings finally acquired Ladbrokes Coral Group on March 28th. As a result, the merged companies now have about 3,500 betting shops, and they employ over 28,000 people. More importantly, now that the two companies have joined forces, they represent one of the largest gambling platforms in the world. 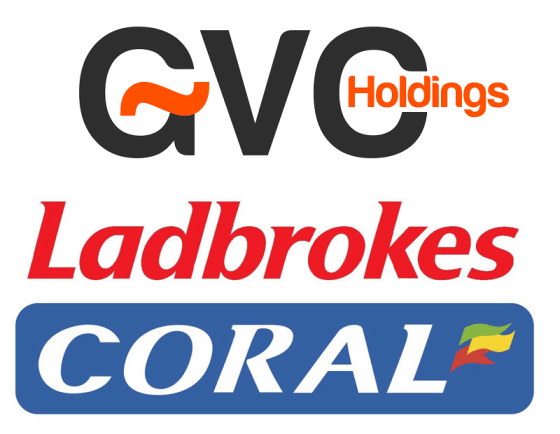 The gambling platform GVC and the UK’s leading bookmaker Ladbrokes Coral were in talks about a possible merger several times so far. Their discussion in August 2017 ended without a deal. One of the things that were in the way of the merger was GVC’s Turkish business. GVC agreed to sell this business, as the board members decided the group should focus more on regulated markets.

The two companies continued a detailed discussion in December last year. This time GVC Holdings, the owner of popular real-money poker sites like partypoker, finally won Ladbrokes Coral over. In February this year, the Competition and Markets Authority launched a review to check if the possible merger would result in a lessening of the competition on the UK gambling market. Just two weeks ago, GVC and Ladbrokes Coral got a green light from the CMA.

The final acquisition price is still unknown, but the upper limit is £4 billion. The exact amount is to be determined after the Government reaches the final decision on FOBT maximum stake. The group’s Chief Marketing Officer is now Noel Hamill. According to the deal, GVC owns 53.5% of the combined company, while Ladbrokes Coral has 46.5%.

Commenting on the merger of the two companies, GVC’s Chief Executive, Kenneth Alexander said, “In a dynamically evolving industry, the transaction creates an enlarged group with the scale, diversity, proprietary technology and management expertise to pursue many opportunities globally.”