Make your first-ever real money deposit using the bonus code ‘STARS600’, and you'll get a 100% bonus up to $600. To claim the full value of the bonus, you can make up to three qualifying deposits in 60 days.

Playing with a PokerStars Bonus Code

If you’re a regular poker player, chances are you’ve heard of PokerStars, the biggest online poker operator in the world. The company features a huge array of team pros, state-of-the-art poker software, and one of the best rewards programs for regular players.

Another field in which PokerStars excels is the welcome bonuses and recurring promotions available with the use of a PokerStars bonus code. This kind of customer-focused policy helps create a real sense of community among PokerStars’ regular players.

Signing up and opening a real-money account is an easy process that involves little more than following simple on-screen instructions. Firstly, you’ll need to provide the site’s staff with a scan of some form of government-issued ID in order to verify your identity.

We need to point out that users from Australia can’t take part in any real-money activities here, so the bonus code for PokerStars is of no use to them. Moreover, players from certain countries – including the US, Spain, Italy, Portugal, and France – are allowed to play only on local PokerStars networks, which are different from the global version of the site.

Once you start playing, you’ll be struck by the incredible number of active players on the site. In fact, PokerStars hosts as many players as all other poker sites combined. On a daily basis, there can be up to 200,000 players at any given moment, which is virtually unmatched by any other online poker room. Once you make use of a PokerStars deposit bonus code, you can join the crowd.

The Main Highlights of PokerStars

PokerStars puts a heavy focus on the overall quality of games and tournaments on offer. Despite the massive volume of players the site hosts every day, PokerStars has managed not only to maintain a high level of quality, but even improve it over time.

PokerStars’ software is extremely user-friendly and customisable, and is predominantly designed for multi-table play. Ring game traffic is substantial and the cashier is one of the most reliable ones that exist online, with numerous options for players in multiple currencies.

New players can choose between two offers when signing up using PokerStars bonus codes. One is activated when you use the code FREE30, which will allow you to play for free up to a value of $30, on the condition that you make a first deposit of at least $20. The bonus amount is distributed to players over the next five days as follows:

Your other option is to get a 100% matched bonus worth up to $600 on your first deposit by using PokerStars bonus deposit code STARS600. You have a choice between this and the $30 free play bonus – you can’t have both. There’s nothing to stop you depositing more, but PokerStars won’t reward you any more than $600. It’s also possible to spread this $600 offer over three deposits within 60 days of signing up to the site.

For every dollar you spend on tournament fees or rakes, you’ll be awarded five redemption points. For each 180 redemption points you earn, PokerStars will release $10 of your bonus. You have a four-month deadline to unlock your whole bonus.

Periodically, you can make use of a PokerStars reload bonus code for deposit bonuses. This promotion is targeted at regular players and works similarly to the matched deposit bonus. It’s an offer worth looking into, as it allows players to earn some extra cash and pad their bankrolls.

These bonuses usually coincide with some major online event, such as the World Championship of Online Poker (WCOOP). In the past, PokerStars has offered a 50% reload bonus up to $300 to all players. Once again, the most convenient thing about this particular reload bonus is that players aren’t obligated to deposit all $600 at once. After using the PokerStars bonus code for existing players, they can do it in three instalments over a period of 90 days and still receive the whole $300 bonus.

Although reload bonuses don’t usually rival initial deposit bonuses, they still offer a handsome reward for loyal players. Keep an eye out for them on the PokerStars website.

It’s not just about the PokerStars bonus code for the UK and the additional spins and cash prizes you can win; players who play regularly with real money will accumulate points in the Stars Rewards Program. Each time a player earns these points, they’ll be able to see how they’re tracking using the progress bar on the site. Once they fill up their progress bar, they’ll be awarded a chest, which is like progressing to a new level. The program consists of six chests, with loyalty rewards increasing as the player advances.

With a current offer of more online poker games than all other poker websites combined, PokerStars is the first choice of many poker players worldwide for many reasons. High among these reasons are the benefits available through a PokerStars bonus code, as well as the site’s VIP club and secure banking system. 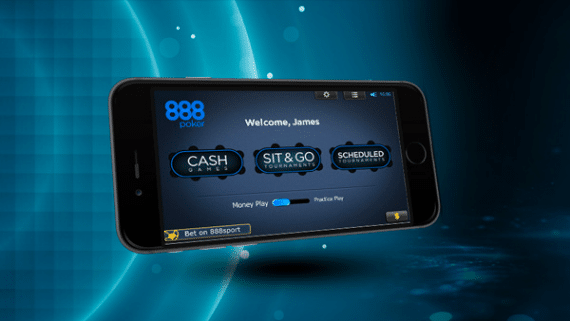