The PokerStars Live London Series tournament took place at the Hippodrome casino last weekend between March 9th and 11th. The winner of the tournament is a 23-year-old Gareth Gardner. He went home with a £13,480 prize. Gareth also won a platinum pass for the PokerStars Players Championship that is scheduled for 2019.

The winner of the London Poker Series, Gareth, commenting on his triumph said, “It feels surreal at the moment. I’m sure things will sink in tomorrow.” 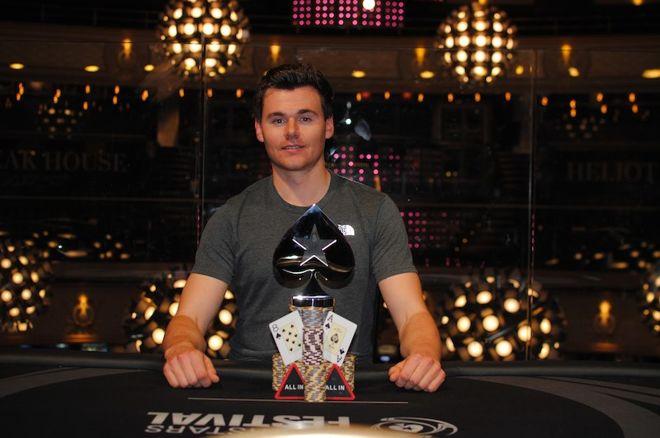 At the final event of the Live London Series tournament, nine players competed for the £13,480 cash prize and a PSPC platinum pass. George Wyatt was the first one to leave the table. Six other finalists didn’t last for long either. Tiberiu Benea, Dominic Wells, Johnny Wu, Joe Field, Alberto Horvath, and Ben Phillips, following Wyatt’s early exit, all left the table soon. Gardner and Kebe were the last two sitting at the final table.

The two finalists were in for a big surprise. During the game, the former professional football player, Jimmy Kebe had a 7-1 chip lead, and at that point, it looked like Gardner would walk away with the second prize. However, the tables have turned quickly, and Gareth soon managed to draw even. He took the lead afterwards and finally won the Live London Series tournament.

What do we know about the March’s London Series winner?

Gardner works as a civil servant over the week, and he spends his weekends playing sports. The young poker player enjoys running, playing football, and, of course, poker. Gareth is now one of the 300 players that will participate in the 2019 PokerStars Caribbean Adventure.

The Platinum Package, which Gardner won last week, includes the $25,000 buy-in for the PokerStars Players Championship. Apart from this, the package consists of $2,000 in travel expenses, accommodation at Atlantis Resort Nassau for six nights, and a few more surprises.

The leader among poker sites, PokerStars plans on making the PSPC tournament the richest buy-in tournament ever to be held. One lucky winner will walk away with a cash prize of $1 million.