The Perfect Opener: A Guide to Poker Starting Hands

Texas hold’em is a game of infinite replayability that’s rich in underlying strategy. The rules are simple enough for every player to understand, but only a few become experts. Famous poker player Nick the Greek, who used to play poker with Einstein, relied on his strategy of knowing the odds thoroughly to win big.

A new player might not fully grasp the odds at the table at first. However, with a bit of experience, any player can turn the odds in their favour by identifying strong starting hands in poker that fit the current situation. After all, the basis of all playing strategies begins with maximising your poker starting hands.

A starting hand consists of two hole cards that you get at the start of each hand, face down, which remain hidden to others until the showdown. The aim of the game is to build the best five-card poker hand possible from the two hole cards in your starting hand and three of the five revealed cards in the middle of the table, called the community cards. 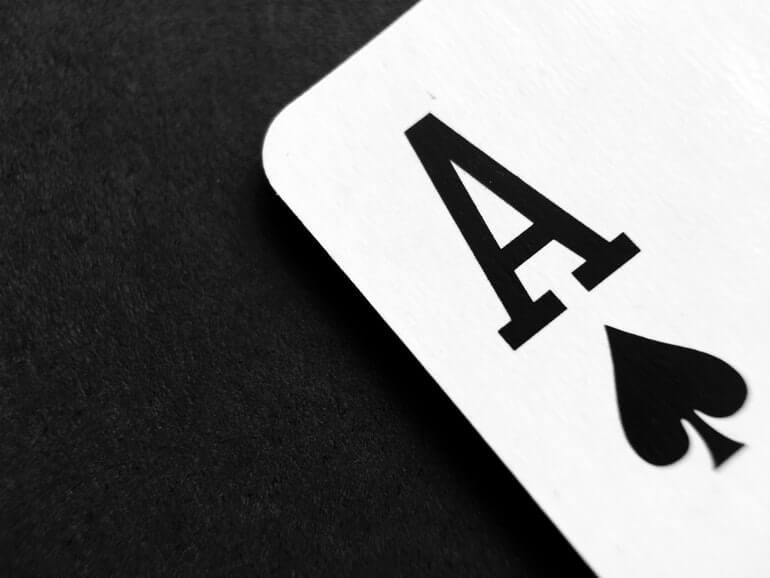 By knowing which starting hand to play and which to fold, you’re getting the odds to work in your favour. Folding is often a wise choice if you want to save dedicated cash for poker and prepare for another, better hand. However, by always waiting for the best starting hands in poker in the pre-flop stage of the game, you could miss out on many hands that could bring you potential winnings.

Many of the best poker experts have racked their brains to create a great selection of materials advising you how to play the starting hands you get dealt. The experts take several crucial factors into account when coming up with these strategies, such as the strength of starting hands, when to fold or raise, and the player’s position at the table. Today, thanks to their work, we have a compendium of knowledge on making the perfect opening to a poker hand.

Before we recommend strong poker starting hands, we’ll quickly go over poker hand notations used therein. These symbols give us insight into the ranges of all potential hands.

The symbols include “s” for suited cards, “o” for offsuit cards, and a “+” sign for hands that rank higher than the hands placed next to the plus sign. As any poker starting hands guide will point out, it’s an advantage to have suited cards (that means a pair of cards of the same suit). For example, a starting hand such as Q♣ and 7♣, 5♦ and 2♦, A♠ and K♠, or Q♥ and J♥ is a suited hand.

A starting hand with a pair of differently suited cards is known as “offsuit.” Pairs like J♣ and T♦ (an abbreviation for ten), or 8♦ and 7♥ belong to this category. And the symbol 33+ means that you should focus on playing poker pairs stronger than 22 and high-ranking pairs. Q2+ tells us that pairs Q3, Q4, Q5, and others are the way to go.

With that said, let’s take a look at the table of poker starting hands with percentages of winning a hand when you don’t know the other players’ cards. This is one of the valuable strategies you can use to understand starting hands before you tackle any form of poker, including online cryptocurrency poker.

The chart above shows how starting hands compare to each other, with the AA pair – otherwise known as pocket aces – taking top spot, and other pairs like KK and QQ also ranking highly. To use this information most effectively, you need to know about the importance of position in any poker game, arguably the most crucial aspect in evaluating your starting hands.

With 1,326 possible starting hand combinations or 169 non-equivalent combinations of two hole cards, picking good starting hands in poker is already a challenge. However, your place around the poker table is the most critical factor in the pre-flop stage after the blinds have been placed. The position is an integral part of nearly every strategy with starting hands, regardless of whether you’re playing at a casino or using poker software online.

In Texas hold’em, your position dictates how much information you will have over other poker players and your course of action. The farther you’re placed from the dealer button, the more you’ll know about the actions of your opponents and what steps to take. Those in positions closest to the dealer typically make smaller bets since they don’t have any information about the other players and the strength of their starting hands through their betting activities.

Let’s look at a poker table with seven players clockwise to understand positioning and its impact on poker starting hands ranking. In Texas hold’em, every poker hand begins with the small blind or SB, the player located just left of the dealer. The small blind places a predetermined bet to start betting before the dealer gives out cards to players.

The big blind or BB plays next, as they are two places away from the dealer button. They must place a bet equal to double the small blind, also before the flop and the first round of betting.

Now it’s time for the UTG or “under-the-gun” player to bet first in the pre-flop betting round. When evaluating the strength of poker starting hands by position, poker professionals consider this position the weakest. That’s because you cannot check the actions of other players first as the UTG participant.

The middle position or MP is the name for positions between fourth and seventh seat after the dealer button. Hijack, or HJ, refers to the player placed two seats right to the dealer button. This position got its name from “hijacking” the pot when the player sitting here raises the bet, regardless of how well they’ve calculated their odds.

Cut off, or CO, is the player sitting next to the dealer button, the second-best place for planning Texas Hold’em poker starting hands. The dealer button or BTN is the dealer, who plays last in the betting round. Experts consider the dealer button the best position around the poker table. That’s because they can witness the action from every other player before deciding what to do next.

One often-used strategy in evaluating your starting hand is one that divides the options into eight groups. In this strategy, 46 distinct hands are split into eight groups named A to H. All groups are modeled according to statistical studies and information. Group A has the best starting poker hands, all the way to group H with the weakest hands that are still valuable enough for poker participants to play. Any hands not listed in these groups aren’t worth playing.

While these groups show the best opening hands, having a hand from group A isn’t enough to guarantee a win. The next step includes considering the positions we talked about earlier and the situation at the table. As such, you can comfortably play a wide range of hands if you’re in a strong position, but you should play hands only from powerful groups if you’re out of position.

Let’s use one of the following examples from the poker starting hands chart to choose our course of action. The action you choose should be dictated by poker basics; depending on whether you’re the first to act or if one or more players have acted before you by raising or folding, you’ll decide whether to call, raise, or fold.

If all players acting before you have called or folded after the big blind, this chart will serve as a helpful reference.

You should refer to the actions in this chart if another participant playing before you has raised:

Actions mentioned in this chart are for players who are in the small or big blind positions and another player has already raised before them:

Suppose you’re itching to check what the top starting poker hands are and how to play them. In that case, these charts might confuse you at first with their poker terminology. But if you follow the steps below, you’ll figure out the best course of action in no time:

Of course, you won’t have access to these charts during a serious game of poker. But if you want to practise with a group of friends, this can be a great way of learning about limit poker starting hands.

Whatever you decide, remember that this is general advice. In a real game, be sure to mix and match the size of your raises to avoid becoming predictable to opponents; this is one of the core poker tricks. On the other hand, a re-raise should be between two and four times the big blind depending on whether you’re in an early, mid, or late position.

What poker hand should I start with?

Check one of the strategies for poker starting hands we’ve offered above to make the best choice. In general, a pair of aces, kings, or queens are premium poker pairs and an excellent poker hand to start playing.

What is a bad starting hand in poker?

A two and a three is statistically one of the weakest starting hands, although that still leaves the door open for a straight. Two and seven offsuit is the lowest combination that doesn’t bode well for a straight or a flush.

What is the average starting hand in Texas Holdem?

A Q7o starting hand or a computer hand has around a 50% chance of winning.