Poker is a card game of many faces, with Razz poker being one of its oldest variants.

The exact origins of Razz are unknown, although we do know it was created in the early 20th century. At the time, regular poker only used 20 cards. So, when players changed the game to use a full 52-card deck, Razz became a part of HORSE, a multigame form of poker with rounds of the game cycling among five different variants. Its popularity was shaky during the late 20th century, but it eventually emerged as the most popular form of lowball poker, with many players interested to learn this exciting variant.

Razz is what’s called “Stud poker,” a game where players are dealt a combination of face-down and face-up cards within multiple betting rounds. In this lowball game, you’re not going for the hand of kings or aces. Instead, you’re trying to score the lowest hand to win the pot, ideally an ace-to-5 hand (a “wheel”). Throughout the game, you’ll be dealt seven cards, and, just like in other popular poker games, you’re trying to build a hand of five cards.

As per Razz rules, each game starts with an ante. The players are required to ante a small number of chips, usually a percentage of the small bet (whose amount is preset), to “buy” into the game. Then, the dealer will proceed to deal you a hand of cards.

Similarly to Hold ‘em games, each round/hand is called a street, while the final round is also called the river. You’ll be dealt three cards at the start of the game. Two of them are called “hole cards” and are dealt face-down. The third card is a “door card” and is dealt face-up. The next Razz poker rule is a kick – the player with the highest door card starts the game by betting a set amount called “bring-in.” Ace is the lowest card, while the king is the highest one. In the case of a tie, the highest suit goes first (the order is spades-hearts-diamonds-clubs).

Then, a round of betting starts in clockwise order. Players can either call the starting bet, raise, or fold. Then, they’ll be dealt another face-up card each, but this time the player with the strongest (lowest) exposed hand plays first. From this point on, the first player either checks or bets a preset amount. Like pretty much every popular poker game, Razz requires players to check or meet the bet before continuing to the next street. The game continues as described, with the player with the strongest exposed hand going first, followed by a round of betting.

The final, seventh card, is dealt face-down. This round is called the river. Once players go through another betting round and, if more than one player is still standing, the game proceeds to a showdown.

In order of play, players reveal their hands and try to build the best five-card hand. In Razz poker, the best hand wins the whole pot. A tie can happen, and, in that case, the players split the pot equally. At this point, it doesn’t matter which suit your cards are. That’s only used for breaking ties during the initial round. The two remaining cards in your hand don’t contribute to the tiebreaker, either.

The game is based on an ace-to-5 or “California” system, meaning that lower hands rank better. Aces are always the lowest cards. Since the suite of the cards doesn’t matter after the bring-in tiebreaker, there are no flushes in this game. Straights also don’t count against a hand.

When you’re playing Razz poker, your goal is to get the lowest hand of five different cards. The best possible hand you can have is 5-4-3-2-ace. This is also called “the wheel” or “the bicycle.” Your highest card is what matters the most in this game because, even though another player might have four low cards if their fifth card is higher than your highest card – you win.

Learning how to play Razz poker is a bit trickier when ties are involved, as you’ll need to compare each card starting from the highest until you reach one that breaks that tie. If Player A had 7-6-4-3-2, and Player B had 7-6-4-2-ace, Player B would be the winner as their fourth card is lower.

In Razz, you’re not after pairs, full house, and flushes. On the contrary, having unique cards is an advantage: You’ll have a better chance of winning with five different cards even if they’re high.

Razz is usually played with limited bets and, also, with lower betting amounts. Apart from bet amounts, how much you can raise on your turn is also limited. There are three amounts you need to pay attention to: the ante, small bet, and big bet.

Ante, as previously described, is a nominal amount you’re paying at the start of the game. If you’re playing video poker, the ante amount is displayed on the table. Small bets and big bets, on the other hand, are tied to stages of the game (the streets), with the game moving from small onto big bets at the fifth street.

Now that you know how to play Razz, let’s go over some tactics you can employ to be more successful at this poker game. A general strategy is to pay attention to other players’ exposed cards and look for duplicates of your own cards. If you see cards you already have, then you can be sure you have a higher chance of winning that hand. On the other hand, if you have 7 as the highest card and another player gets dealt a 6, then you’re in a worse position.

The ideal starting hand is anything starting with an ace and a 2, with the highest card no higher than 6. Ideally, in Razz poker, a game should start with your high card revealed. Not only you’ll control the game from the start, but you have some arsenal to bluff with. Of course, double bluffs are a thing in this card game, too, especially in the fourth and fifth street when more cards are in play.

You shouldn’t be afraid of playing aggressively, either. A common mistake is to slow-play a good starting hand. By raising stakes early on, you’ll control the pot and, potentially, kick out other players so you’re left with better chances and weaker hands to compete with.

To conclude our Razz poker guide – have fun. That is, after all, why we play poker. Razz might not be as high stake as traditional poker, but its high pace and unique rules make it a card game worth mastering. So grab some chips at your favourite poker apps and give Razz a go.

What does Razz mean in poker?

Razz is the name of a poker variant. It’s a Seven Card Stud game where the lowest hand of five different cards wins.

How do you win at Razz?

Rules of Razz differ from other poker games as you not only need to have the lowest hand, but the cards need to be different, too. Ideally, you want an ace-to-5 hand or something similar.

Do pairs count in Razz?

No. Traditional poker hands like pairs, flush, and full house don’t count in Razz. You need to have the lowest cards possible and all five of them to be different. Pairs are completely ignored, in fact, you want to avoid getting duplicates.

How do you play Razz poker?

In Razz, each player gets dealt seven cards and tries to build a set of five cards with the lowest values possible. On top of that, the cards have to be different, with the highest card in the set counting as the leading card and the main deciding factor when comparing hands during the showdown. 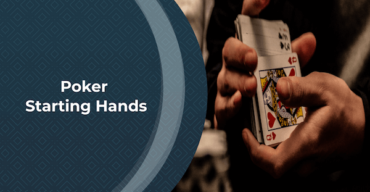 The Perfect Opener: A Guide to Poker Starting Hands

Texas hold'em is a game of infinite replayability that’s rich in underlying...